Booker allows clients to prepay their appointments. This model does not work well for us since it creates havoc when a customer prepays, then needs to cancel or move an appointment. Furthermore, Booker considers an appointment that has been paid for to be “closed” and therefore allows other customers to schedule that time slot even though it remains on the calendar. For us, this has resulted in our staff being double-booked, two clients in the same office at the same time!

An upcoming appointment that is grayed out like this will allow double-booking. 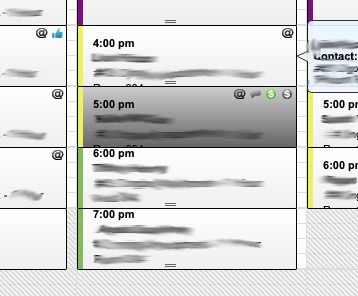 The workaround for all of this, according to Booker, is to place a “blocked time” next to the prepaid appointment to keep other customers from scheduling the same time. Whenever we catch prepayments being made, this is what we do.

BUT… sometimes adding a “blocked time” works and sometimes it doesn’t. There are two ways to add blocked time to a schedule. The first one is to click in an open area of the schedule (the same as if you were creating an appointment) then leave the “service” field blank. Even though this is not very intuitive at first, it usually gets the job done. Then after the blocked time is made, it can be dragged into place next to the prepaid appointment.

Here, I have added blocked time and move it next to the prepaid appointment. 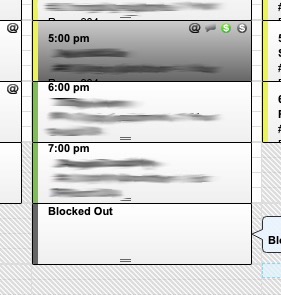 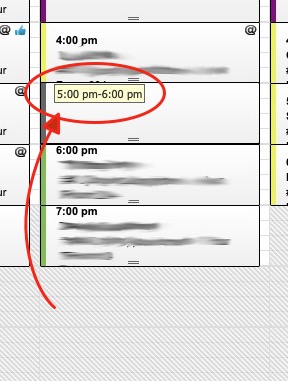 The problem is that, even though this is the Booker prescribed workaround, it rarely works the first time and often does not work at all.

Another Booker fail that has not been addressed for at least two years now. In the meantime, we pay our monthly Booker fees AND still waste a great deal of time on this bug too.